Many people are familiar with the story of creation in the Bible. In the first few chapters of the book of Genesis, God creates the earth and its living creatures. The entirety of his creation, including the formation of man, is completed in six days. On the seventh day, God rested.

As a human being, you may equate God's rest with the type of rest that you achieve as you sleep. However, God is not human. He is a spirit, and his need for restorative rest is not the same as that of a human being.

As you contemplate the question, "How did God rest?", here are a few things to keep in mind.

Rest Is Not Sleep

Because God is a spirit, He does not sleep or slumber. Consequently, one cannot assign "sleep" as a synonym for God's divine rest on the seventh day. Humans associate the fatigue of their physical bodies with the need for slumber. However, without a physical, earthbound body, God does not require restorative sleep.

Rest is the cessation of specific activities. On the seventh day, God ceased His creative works. He no longer needed to introduce "first things." Instead, He had already put into motion the cycle of events that would lead to procreation and the reproduction of life. Thus, God no longer needed to create substances or living beings that had not previously existed.

When God created man on the sixth day, He formed him from the dust of the earth. Additionally, He created the woman from the rib of the man. Once the first man and woman were formed, subsequent human beings could be reproduced from the union of the two genders, instead of from the soil of the ground.

Rest Is Not the Cessation of All Activities

Although God rested from the formation of new beings and substances. He did not rest from other divine duties. The Bible continually displays God's interactions with humans and His divine intervention throughout its sixty-six books.

Even in the book of Genesis, which is the first book of the Bible, after the passages on creation, the works of God and the conversations between God and His servants are detailed. There is no indication that God stopped interacting with earthly affairs once the sixth day was complete. On the contrary, the Bible is filled with His works.

To learn more about God's rest in Genesis, consult with a spiritual leader in your local area. 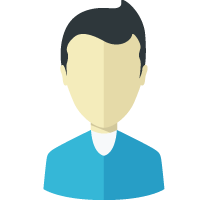 I grew up with an evangelical minister for a father. Due to this happy coincidence, I attended church multiple times each week. Needless to say, I wasn’t always interested in what my dad had to say while in the pulpit because I wasn't sure how it applied to everyone. During college, I attained a graduate degree in education. As a part of my rigorous coursework, I was required to develop unique lesson plans that could be enjoyed by a variety of diverse students. Now, I like to offer my father interesting Bible study ideas whenever I get the opportunity to do so. On this blog, you will learn how to plan and develop fun bible study lessons. Enjoy!

When you want to learn something new, taking a cla …

Many people are familiar with the story of creatio …

Read More
Is Your Dog Depressed? What You Can Do
8 June 2020

If you have a dog that seems to be more lethargic …

Read More
How Can Low-Income Families Send Their Children To A College Prep School?
25 November 2019

College prep schools, with their strong focus on i …